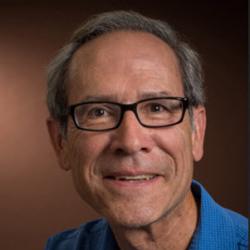 [New York City, NY] -- [16 October 2014] – The American Geographical Society announced today that Dr. Edward Malecki, Professor of Geography and former Director of the Center for Urban and Regional Analysis at the Ohio State University has been selected to receive the sixth Van Cleef Memorial Medal.  The medal will be presented on November 19, 2014 at 2:00pm during the Society’s Fall Symposium to be held in the Low Memorial Library at Columbia University.

The Van Cleef Memorial Medal, awarded by the American Geographical Society (AGS), is one of several prestigious honors given by the Society.  This award recognizes outstanding original work in the field of urban geography.  Dr. Edward Malecki, Professor of Geography and former Director of the Center for Urban and Regional Analysis at the Ohio State University, will receive the Medal on the 19th of November during the AGS Fall Symposium, Geography 2050:  Mounting an Exhibition to the Future, to be held at Columbia University’s Low Memorial Library.

The Van Cleef Memorial Medal was established in 1970 through a gift from Dr. Eugene Van Cleef, Professor Emeritus of Geography at the Ohio State University (OSU).  Dr. Van Cleef, recognized as one of the pioneers of the study of urban geography, gave the first course in urban geography in an American University in 1923 and published the first book by an American geographer on urban themes in 1937.  The award is conferred on scholars who have done outstanding original work in the field of urban geography, preferably though not necessarily, in applied rather than theoretical aspects.  The last time the Van Cleef Memorial Medal was awarded was in 1999.  It is a fitting tribute to Dr. Van Cleef’s career that his institution continues to specialize in urban geography and host outstanding scholars, notably Dr. Malecki, who are worthy of his Medal.

Dr. Malecki spent almost forty years pursuing sustained research excellence in the study of cities and regional economic development. His research has embraced both the applied realm and the theoretical, in keeping with the intent of the tradition represented by Professor Eugene Van Cleef (also of the Ohio State University).  “World society is more urban than ever.  Thus, never before in history has the study of urban geography been more important than today,” noted Dr. Jerome “Jerry” Dobson, President of the American Geographical Society.  “Several key topics in our Symposium on the future of geography, during which Ed will receive his medal, are examples of how his research now serves as a base on which scholars and practitioners are helping to understand and plan urban centers,” added Dr. Dobson.

Professor Malecki has three degrees from The Ohio State University: B.A. in International Studies (1971); and M.A. and Ph.D. in Geography (1973 and 1975). During his career, he held positions at the University of Oklahoma, the University of Florida and OSU as Professor of Geography and Director of the Center for Urban and Regional Analysis (2001-2005). He has also held visiting positions at Wirtschaftsuniversität Wien and the University of Newcastle-upon-Tyne.  Professor Malecki has been recognized as the Dr. Martha L. Corry Faculty Fellow in Geography, at The Ohio State University, elected a Fellow of the American Association for the Advancement of Science, and received various Distinguished Scholarship Honors from the Association of American Geographers.  Professor Malecki is the author or co-author of five books. He has published more than 100 journal articles, more than 60 book chapters, and dozens of book reviews,

Established in 1851, the American Geographical Society (AGS) is the oldest professional geographical organization in the United States.  It is recognized world-wide as a pioneer in geographical research and education and has been awarding medals for outstanding accomplishments in Geography for over 117 years.  The mission of AGS is to advance geographic knowledge and the recognition of its importance in the contemporary world.  AGS fulfills this mission by promoting the use of geography in business, government, science, and education.  The goal is to enhance the nation’s geographic literacy so as to engender sound public policy, national security, and human well-being worldwide.  AGS stands for explicit recognition of the geo-spatial and temporal contexts that shape the real world and influence how it works.

With members worldwide, the Society maintains its Headquarters in Brooklyn, New York.

For more information on the AGS Fall Symposium, Geography 2050:  Mounting an Exhibition to the Future, and the Medal Ceremony for Dr. Malecki, go to: www.geography2050.org