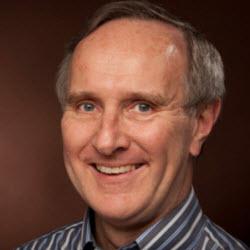 Five Ohio State faculty among the 2015 class of AAAS Fellows

This Honor is a measure of scientists’ impact on the world

COLUMBUS, Ohio – Five Ohio State University faculty have been elected this year as Fellows of the American Association for the Advancement of Science (AAAS).

Election as a Fellow is an honor bestowed upon AAAS members by their peers. New Fellows will be welcomed in a ceremony at the AAAS annual meeting in Washington, D.C., in February.
“Through their outstanding work, these scientists demonstrate the wide reach of Ohio State research,” said President Michael V. Drake. “They exemplify the university’s mission of creating the knowledge and discoveries that make a difference in people’s lives.”
In all, 347 members have received the honor this year in recognition of their scientifically or socially distinguished efforts to advance science or its applications. Founded in 1848, AAAS is the world’s largest general scientific society. The tradition of electing AAAS Fellows began in 1874.
This honor represents a measure of Ohio State scientists’ impact, said Caroline Whitacre, vice president for research, who was elected to the 2004 class of AAAS Fellows.
“Election by their peers makes this recognition especially meaningful for AAAS fellows and honors their scholarship as well as service,” Whitacre said.
With the addition of these new honorees, Ohio State boasts more than 100 AAAS Fellows.

The newest Fellows are:

Irina Artsimovitch, professor of microbiology, for distinguished contributions to the field of microbial gene expression control, particularly for studies of the molecular mechanisms of transcriptional pausing and processivity.

Christopher P. Jaroniec, professor of chemistry and biochemistry, for outstanding contributions to the development of solid-state nuclear magnetic resonance methods and their applications in the study of structure and dynamics of biological macromolecules.

Ken Lee, professor of food science and technology, for distinguished academic leadership in food science, for service to professional organizations, and for communication of discoveries and controversies about foods to the public.

Mark E. Peeples, professor of pediatrics and biological chemistry and pharmacology, for contributions to virology, in particular to understanding entry and replication of respiratory syncytial virus.