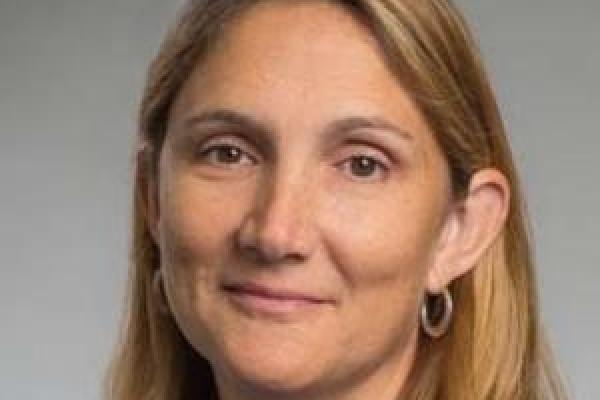 Congratulations to Kendra McSweeney Professor Department of Geography.
On Friday Kendra was awarded the Distinguished Scholar Award via Zoom meeting.

Kendra McSweeney is an internationally renowned scholar in the field ofenvironment-society relations. Her primary focus is on issues in cultural and political ecology, conservation and development, resilience, demography and land use/cover change. Her current research includes tracing the socioecological impacts of drug trafficking through Central America and studying the nature and implications of demographic change among Latin America's indigenous populations.
McSweeney’s contributions have been recognized in such high-profile awards as the Alexander and Ilse Melamid Medal of the American Geographical Society, the Cultural and Political Ecology Distinguished Career Award of the American Association of Geographers and the Carl Sauer Award of the Conference of Latin Americanist Geographers.
Her publication record includes major contributions in broadbased, high-impact science journals such as Science, Nature, Proceedings of the National Academy of Sciences, as well as major interdisciplinary journals such as Environmental Research Letters, Ecological Engineering, Economic Botany, Human Ecology, World Development, Journal of Land Use Science, and One Earth. In Geography, McSweeney has published in major flagship journals of the discipline such as Annals of the American Association of Geographers, Global Environmental Change, Geoforum, Journal of Latin American Geography, and Journal of Latin American Studies.
One colleague writes, “In addition to her expertise in the cultural ecologies of forest dependent livelihoods, she has collaborated with several prominent human-environment and economic geographers to combine her own insights from Central America, with theirs’ from other contexts, and on that basis to build broader theoretical and field defining statements.”
Another stated, “Her current research into the relationships among drugs, money laundering, trafficking and land cover change – as a genuine political ecology and sustainability science of narcotics – is a substantial contribution to our field. It develops an area of work that simply did not exist before, certainly not with this level of empirical and methodological rigor.”
McSweeney received her MSc in geography from the University of Tennessee, Knoxville, and her PhD in geography from McGill University, Montreal. She joined Ohio State in 2001.