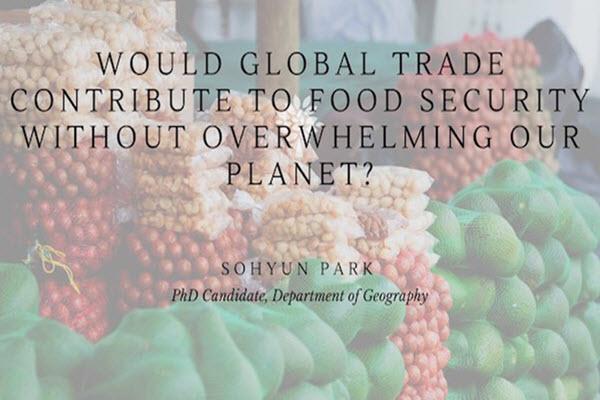 Madhumita Dutta is giving a talk next week at the Advanced Center for Women's Studies, Tata Institute of Social Sciences, Mumbai, India.

In collaboration with scientists at Rutgers University and other institutions, Zhengyu Liu published a paper in Nature: Seasonal origin for the Holocene and last interglacial thermal maximum, challenging the long-held view that the global temperature was the highest in the last 12,000 years (Holocene) in mid-Holocene. They developed a new method that filters out seasonal bias in past temperature reconstructions, showing that the annual global temperature continued warming towards the present.
Their study suggests that the first half of the Holocene was colder than in industrial times due to the cooling effects of remnant ice sheets and the late Holocene warming was indeed caused by the increase in greenhouse gases, as predicted by climate models, and that eliminates any doubts about the key role of carbon dioxide in global warming.

Deondre Smiles (PhD, Geog 2019) has accepted a tenure-track faculty appointment in the Department of Geography at the University of Victoria, to start in July.

This week's blog on the theme of Food Systems and the Food-Energy-Water Nexus was contributed by Sohyun Park, (PhD Candidate, Geog), Would global trade contribute to food security without overwhelming our planet?